Both animal lovers and dog owners, Dave and Devon, used hemp extract on their furry best friends for different reasons and were amazed with the results. After seeing the healing powers both, Dave and Devon created Hemp 4 Paws to help educate and provide the same healing for other four-legged family members. Check out their stories below! 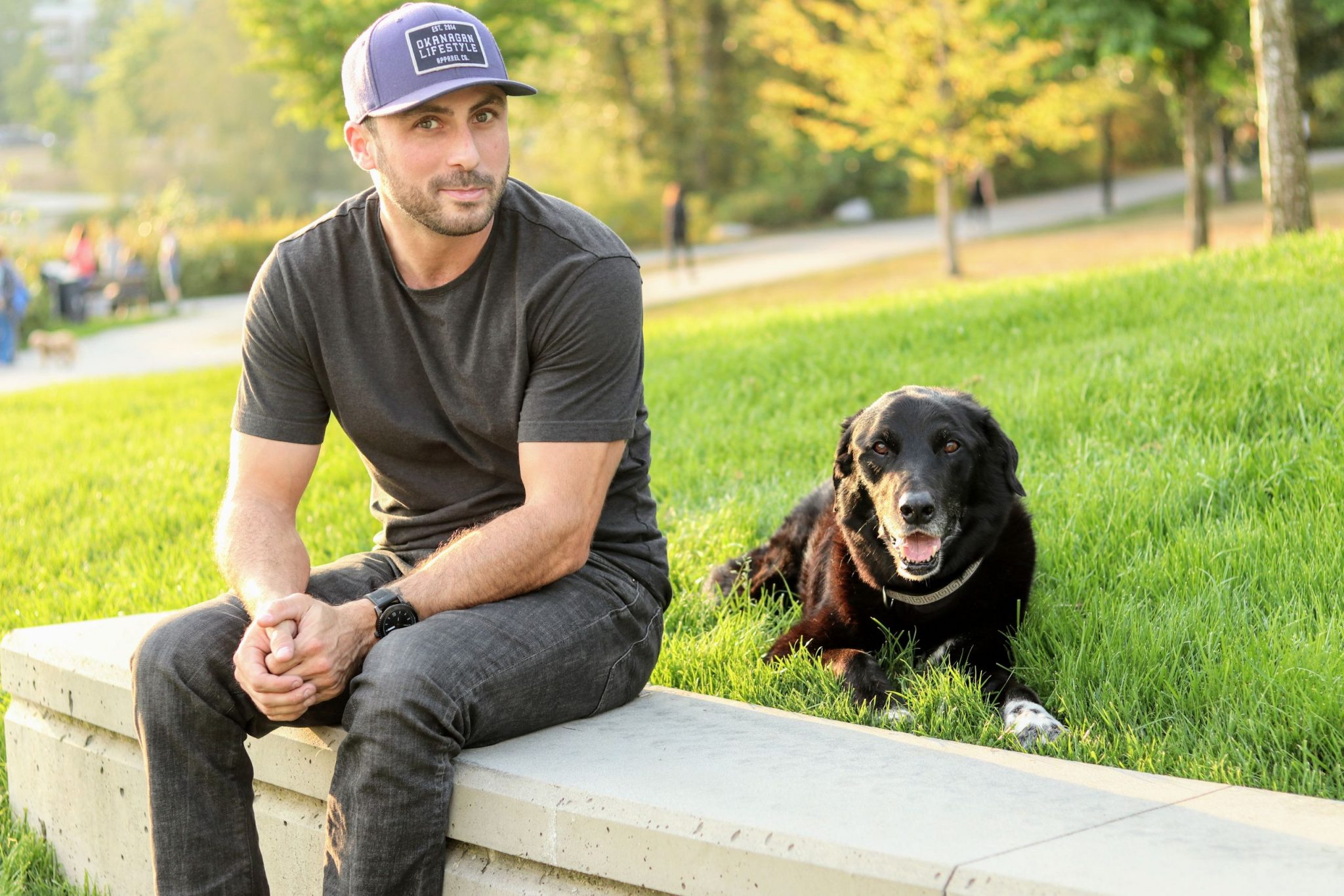 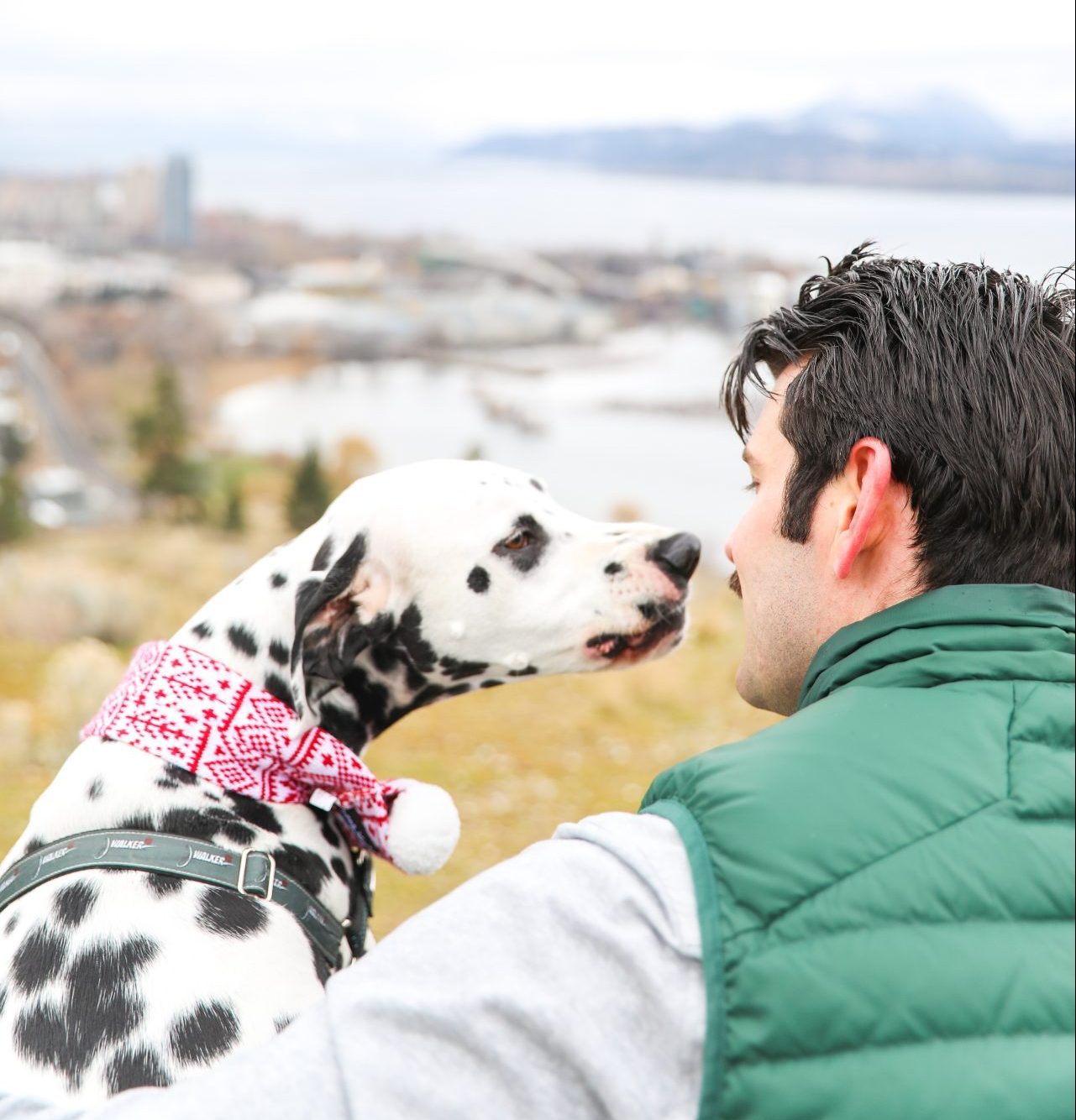 In 2007 I bought my first house in Kelowna BC and a best friend of mine moved in as well. His brothers dog had just had a litter of eleven puppies and invited us to go check them out. When we got there I was looking around at all these puppies and only one came up to me. He had the most beautiful eyes. His coat was all black with his two front paws being white. The litter was a mix between a Labrador-Collie and a Rottweiler. I did not plan on bringing a dog home but after seeing this little guy I couldn’t leave without him. My friend and I decided to each take a pup. On the car ride home he puked all over the vehicle and that is where our story begins.

I have always loved the name Austin so I knew before I even got him that that was what I was going to name him. Over the next ten and a half years we lived in three cities and have been through a lot together. Everyone always tells me how amazing of a dog I have. He is so well behaved. Doesn’t go after other dogs. Doesn’t need a leash to go on walks. He has always made me proud to be a dog owner.

We have our routine every morning which is me getting up first and Austin sleeping in till I call him for breakfast. One morning in September 2017 I got up at 5am for work. While I was Making Austin’s breakfast, I started to call him but he wasn’t coming. So, I went to check on him in the room and he didn’t want to get off his bed. I knew something was wrong so I took the day off and took him to the vet. At the vet we ran a bunch of tests, blood work and X-rays and the results were he has a cancerous tumour attached to his spleen called Hemangiosarcoma that was the size of a grapefruit. I was told Austin had a max of 3 weeks left to live and that I might want to look at putting him down within the next week or so.

After receiving the news we went home and I’m not going to lie I cried a lot. This had all happened so quickly. After half a day of running it through my mind I decided I wasn’t going to take the vets advice. I took the next two days off work and started researching online anything people have done for their sick pets. That was when I came across a similar product to Hemp 4 Paws. I had never heard of it so I talked with some people who are familiar with it and decided to give it a go. I started Austin on a few different hemp extracts, a raw food diet. I started making my own mushroom blends, juicing fruits and vegies plus Chinese herbs. Well did I ever make the right choice.  Austin has always been here for me and it was my time to be there for him when he needed it most.

My boy passed December 27th 2020.  We ended up getting to spend over 3 more years together which I cherished more than ever.  He was happy and healthy till the end.  It goes to show you that a lot of love and research can go a long way. Austin is the whole reason ‘for me’ why Hemp4paws was started.  I want to share my stories with others and let people know there is always hope. Though every day I miss him I know he will live on through Hemp4paws and in my heart.

Dax came into my life in 2016. I wasn’t sure what to expect when he arrived because I had never been around Dalmatians before. As soon as he arrived it was clear to me why so many people have had issues with Dalmatians; they are high voltage! Dax was electric, to give you a sense of his energy, I would take him to the dog park to tire him out so that I could then take him on a long run with me. It was always enjoyable to see other peoples faces when I brought him to the dog park because as he arrived, it was like he was shot out of a canon.

Thankfully, I am very similar to Dax. I am a very active person, and I love the outdoors. It didn’t take long for me to fall in love with this dog! I learned right away that Dalmatians are also very loyal. He would follow me around the house from room to room. But my favorite, is that whenever I come home from work, he races to the door and greats me with a smile! Nothing makes me happier than seeing the excitement in him and watching him snarl/smile at me with his tail wagging furiously.

However, I also learned that Dax had separation anxiety. I have had dogs in the past, but never had issues of separation anxiety. Dax was the most well-behaved dog when I was home, but as soon as I left it was like a tornado went off in the house. At first, I was angry with him for misbehaving. But then I started to realize that as long as I was home, he was fine. I started researching and found that Dax might have anxieties about being left alone in the house.

It was about a year ago when I personally started taking hemp products for my stress and anxiety, and then I thought if it works for me, maybe it’ll work for Dax! So, I started giving Dax it every morning with his breakfast, and it has had such a positive impact on his day to day life. It has regulated his energy levels, so he doesn’t have the extreme jolts of energy followed by crashes. Most importantly, I no longer have issues when I leave him at home for any period of time. I can tell it has reduced his anxiety, and stress related to me leaving him, but he is still a happy puppy and smiles at me whenever I get home.